Is there anything more annoying (painful and frustrating) than busting a knuckle when working on things in the shop?  To many of us, blood sacrifices are just part of getting a project done, but it doesn’t have to be that way.  This post is NOT about iron gloves or other bloody knuckle avoidance techniques, but rather a paradigm shift to understanding the “Why”.  Here’s a quick perspective on Applied Force and the relationship to desired movement.  In this case, for tools in the shop, and avoiding the “Bloody Knuckles” paradigm.

Varying degrees of force are all around when using tools in the shop, and they usually come in one of 3 different types.  Understanding the way forces come and the results for the task (or when something fails) can give a perspective on which applications of force are best.  First, the 3 formats:

These are not absolutes in any way, but we’ll use the concepts here for perspective.

Applied Force Without Regard To Displacement 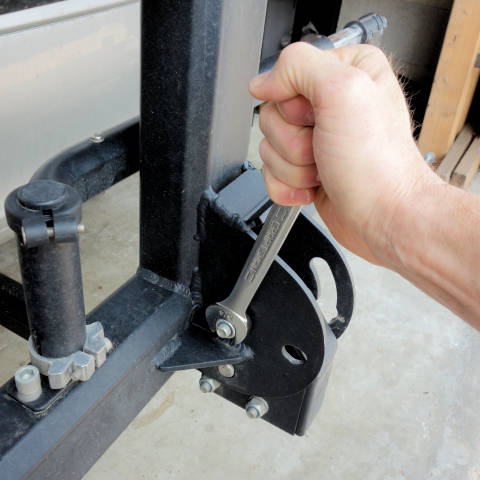 Applying a force in a way that does not depend on displacement (with in reason) is the fundamental way our muscles work.  An example is putting a wrench on a tight bolt to loosen it.  If you apply a force to the wrench and if the bolt does not move, the force appears to do nothing.  On the other hand, if the bolt suddenly breaks, the wrench (and our hand) instantly begin to move, fast, sometimes just enough to bust a knuckle.

Our ability to “un-apply” the force is a function of nerve feedback.  When we feel a sudden movement, then our brains tell the muscles to quit applying the force.  Yet, even though the feedback loop is fast, it still this takes time.  And, that means sometimes we get bloody knuckles.

This type of application is also present in other areas of the shop like pneumatic tools.  Pressure via compressed gas has an expansive element that won’t stop immediately when resistance stops.  To illustrate, think of a balloon.  When the balloon pops, the forces continue to projectile the fragments as forces dissipate.

In the shop, there are many actions with tools with this same type of applied force.  Metalworking files for instance have force to move the file, but if the file slips, then the result is wacking a finger.  Drilling in some circumstances can end the same way — when the drill breaks through and the drill chuck slams the work piece.

Movement Without Regard To Applied Force 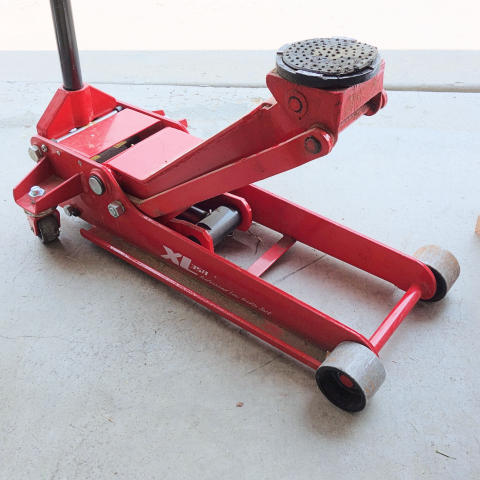 This second application type can best be illustrated by thinking of a hydraulic jack.  Within the limits of the jack capability, when you pump the handle on the hydraulic ram, there is a displacement.  If there is nothing on the ram (nothing to lift), it will move roughly the same distance as when a high force is there (like lifting a car).  This distance really doesn’t care if it’s lifting your car or lifting a feather.  When you pump the handle, the ram moves.  (Of course, there are limitations, and this paradigm is not absolute.  Just note the perspective.)

When applying movement without regard to force, things only move the specified distance regardless of the need of force.  Another good example is that of sheering material in a shop press.  The pieces are in place, the ram moves into contact, then displacement of the ram makes a high force.  When the piece suddenly breaks, there is no more force on the ram, yet the press moves the same distance with each pump stroke.  And, the press ram doesn’t suddenly fly across the room when the force of sheering material suddenly completes.  (Yes, there is some rebound from energy stored as deflection of the press and frame, but in general, those movements are small compared to the applied force.)  Imagine doing the same task with compressed air — then the ram would project like a large bullet till it found something sufficient to stop it.

For more on this, read the article on 4 Pressing Issues. 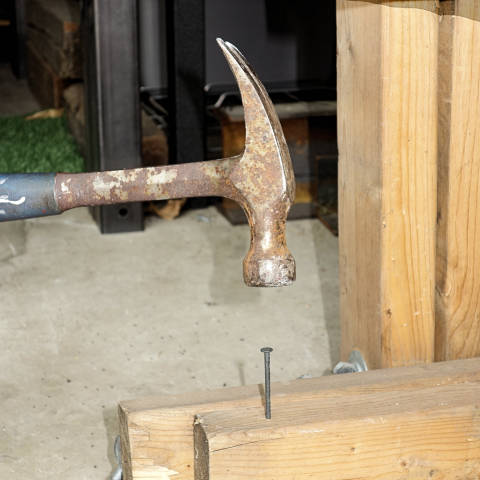 The third type is impact loading.  The perfect illustration is a hammer and a nail.  How much press force does it take to push a nail into a board?  Can you push a 16-penny nail into a 2×4 with your hands?

Impact loading — the action of hitting the nail with a moving hammer — applies some really interesting and intense loads.  With a relatively small hammer one can easily drive the 16-penny nail into the 2×4 with just a few strikes.  It can also bend that nail in ridiculous ways when the strike is off just a bit.

Truly, impact loading is amazing as it makes things operate in ways that are different than normal.  Think about the stories of a stock of straw that penetrates the barn wall in a tornado.  There is no way to push a piece of straw through the wall.  It happens only with the impact of amazing speed.

Pneumatic impact wrenches use this same phenomenon.  It’s applied force in a lot of rapid repetitions.  It’s not magic, but done in the right way, these brash pneumatic tools make big jobs much easier.

So there’s the perspective.  Being aware of the different types of applied force can go a long way to choosing the right methods for each task.  It’s also a great way to avoid issues — not only with bloody knuckles, but in all sorts of disastrous ways — like these examples of gantry crane failures.

Think about it next time force is needed.  It’s your turn.  Next time you’re using a wrench in an area where there is a risk of bloody knuckles.

What are the best ways to attach safety chains on a trailer?  That’s a simple question without a single best answer.  Don’t you hate it when the answer starts with “It depends . . . “?  Unfortunately, it does depend on other things