Fun side story about finding the right tools for a do-it-yourself (with a friend) in automotive repair. This story is not about building great new Do It Yourself projects, but it illustrates the need to have (borrow, or rent) the right tools for the job.  And, though it was a bit frustrating at the time, the story is funny in a warped sort of way.  The right tools are definitely the key to easy success.

A Tools Story From the Mechanic

The other day a friend called about a crankshaft bolt he was trying to remove.  He was fixing his wife’s Toyota Sienna, but couldn’t remove the bolt from the end of the crankshaft.  (The bolt that holds the belt pulley on.)  He said he had tried everything including his electric impact wrench.

Of course, I’m always up for helping a friend, so over I went with some big tools:  a large wrench, a longer cheater, and an even longer pry bar.  Well, it wasn’t that simple.  After some huffing and puffing all we did was snap the timing belt.  Well, that’s certainly one way to make the problem bigger.  So we stopped to think a little.

The bolt really requires an impact wrench because the engine turns if you apply a big torque.  His electric impact wrench is capable of 400 ft-lbs.  We checked the bolt and specification.  This bolt supposedly requires 550 ft-lbs to remove.  Well, no wonder it didn’t come out with the electric impact wrench.  (Though, I’m pretty sure we put more torque than that during the process that broke the timing belt.)  Oh well.

“Well, that’s not a problem” I say with confidence.  It was a little inconvenient, but we loaded the air compressor into the truck, then returned to his place to attack it with air.  My pneumatic impact wrench says it is good for 650 ft-lbs, so we were confident as we ran the big extension cord into his house, behind the electric range to tap into the 220VAC to run the compressor.  Yeah, that’s a bit of a hassle, but you gotta do whacha gotta do.  When you do it yourself, sometimes you’ve got to think a little different. 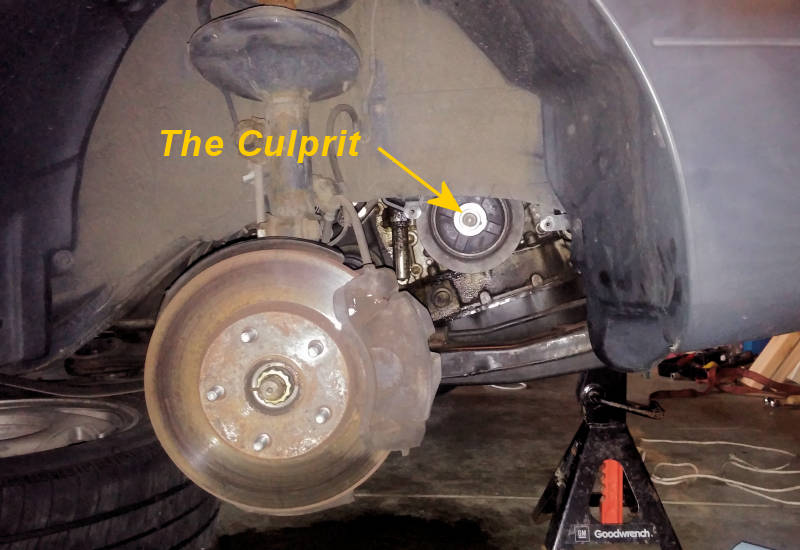 Applying force with pneumatics (air) is definitely different than by hand with wrenches and pry bars.  It’s force is via impact rather than force without regard to displacement.

After hammering with the impact wrench for several minutes (and waiting for the air compressor to refill a couple times) we jacked the air pressure up from 100 psi to 120 psi.  Theoretically, that should give an additional 20% torque, but STILL nothing.  Ouch!  The torque spec is obviously not correct.

OK, I’ve gone through my essential tools and then some, so what’s next?

Call Out The Big Guns

Have you ever tried to rent a big impact wrench?  I think I called every tools rental shop in Colorado Springs, but nobody had one.  All I wanted was a 3/4″ monster!  (Think Tim Taylor with his deep Huh, Huh, Huh!)  You see these big impact wrenches all the time, but apparently there’s not enough demand to have one in the rental inventory.  Or, maybe folks just don’t need to rent them, because there was nothing in town.

I’m not one to give up easily, especially when I know there are tools available to solve the problem.  This little bolt is a stubborn enemy, but it has got to go.  Finally, after digging some more, one fellow commented in a half conscience way “I wonder if our Denver store would have one?”

He’s the hero of this story.  Turns out the Denver store has one.  Just one.  So, they promised on the next trip to Colorado Springs they would have the runner bring it down.  Chalk one up for United Rentals.  A big THANK YOU for that!

That was probably the most expensive 3 seconds I’ve ever lived.  After swapping fittings, we hooked it up to the air compressor, then one blurp later the bolt was sitting on the floor.  With tax, the rental was $79.18, and it was only needed for 3 seconds — maybe not even that.  There’s always something new to learn when you do it yourself.

Yup!  Confirmed again.  The right tools make all the difference.  Put this one down in the Wanda Hickey Book of Golden Memories under “Don’t remind me“.  Oh well, it’s the price of success sometimes, and when you stubbornly set out to accomplish something, sometimes it takes more than just will power.

With that said, one of our concerns was bolt breakage.  When I think about what a problem breaking that bolt off in the pulley would have caused, I’m super glad it turned out the way it did.  Makes the $79 look cheap!

Ain’t DIY fun!  Yeah, it’s frustrating in the middle of it, but it makes us smile when the job is done.  Now the questions:  I wonder if I’ll ever need one of these again?  Should I go buy one just in case?  Or, if I do, will it just sit in the tool chest collecting dust?  Such a dilemma!  Well, if I did buy one, I’d also have to buy a bunch of super sized sockets to go with it.  Probably better not do that right now. 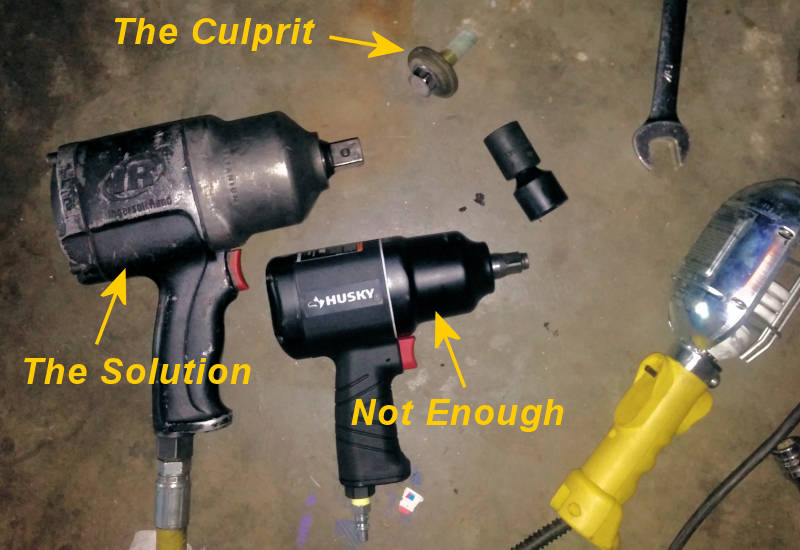 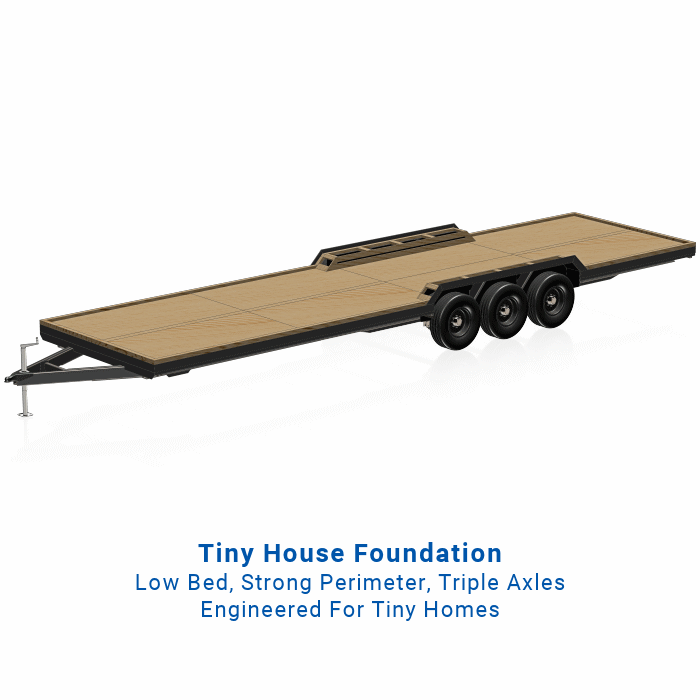 Shopping online is both a boon and a bust.  It’s great access to a wide variety of components, but it’s a bummer when misleading info causes extra work and frustration.  That brings us to this Customer Story of misguided 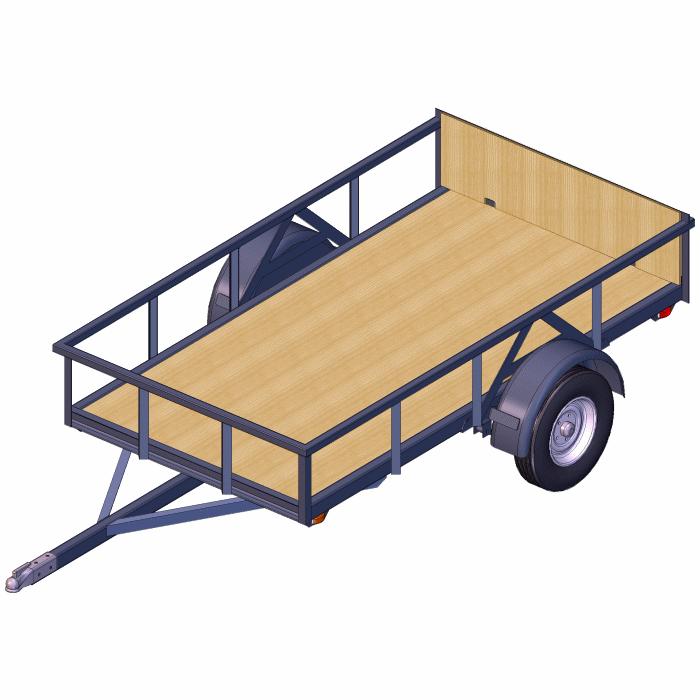 An excellent DIY small trailer project.  These 4 x 8 Utility Trailer Plans sport 2000 lbs. capacity.  The trailer will work hard, yet always be nice to work with.  And, tow it with a smaller car.

Need to store your trailer in a smaller space?  Consider adding a trailer tongue hinge like these.  It’s helpful, for sure, but has some definite things to consider.

Creative & Cheap, That’s How To Fixture

Oh, I need to drill a bunch of holes, all the same, in 8 parts.  What a pain!  And, I need to cut these other 5 pieces all to match.  What a hassle to measure, mark, and cut each one!…

I love seeing failures.  Not that anyone wants things to fail, of course, we always try to make things that last.  However, when a failure pops up, I love to look it over and understand the “how” and the “why”. …

Practical Safety With A Crane

Nothing ruins a pleasant day quite like a goose egg on your head, or a throbbing finger pinch.  Avoiding those things (and, of course, the much more disastrous potential events) is the context of this gantry crane safety article. 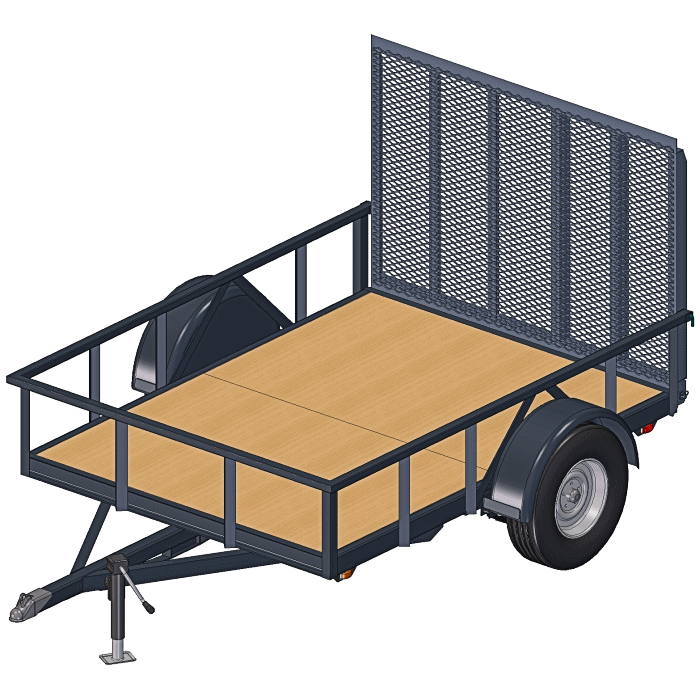 A very popular utility trailer size.  These plans include many options for making the trailer work just like you want.  3500 lbs is a great utilitarian capacity that will serve for numerous possibilities.

What Is The Best Trailer Security?

How many trailers are stolen each year?  That’s a question worth pondering, because if you put a lot of sweat and love into building a great trailer . . . . if it disappears, it’s heartbreaking.  We don’t like to…