It’s about 2 years from starting the new trailer design with the experimental folding tongue feature.  To introduce it, there’s a short article about it (here), and we did a quick video on finishing it up.

First, I love the folding tongue and how it drastically reduces the storage area required for the trailer.  While it’s not a small utility trailer (12′ length), it still fits easily in the garage when the tongue folds over.  To me, that feature alone is totally worth it.

Next, it’s quiet.  Other systems with a removable trailer tongue tend to be loud.  They attach with hitch pins so there is some play in the system, and the trailer motion tends to bang and clang.  This system has bolts, not transverse, but longitudinal, and that make it quiet.  I like that.

Finally, it makes the trailer a little more secure.  A trailer without a tongue is a little more difficult to steal.  Of course it’s not perfect, but the missing bolts will frustrate many opportunistic would-be thieves.  That was not the purpose, but it’s a nice benefit.

As mentioned in the video, the bolting and unbolting to fold the tongue is kind-of a hassle.  It’s not just a simple hitch and go operation.  But it’s more than just that.

The bolts are also the guides for this joint, so I made them fit pretty close.  That’s great as a guide, but kind of a hassle for inserting and extracting.  In doing it over, I would make the guide a part of the joint.  (Make it interlock in place as the folding tongue extends).  The bolts can then have more clearance for easy insertion.

Other than hole size and adding a separate guide for pilot, the only thing I might change is the bolting length.  If the cylinders were 3/8″ longer, the bolts will take fewer turns to tighten.  For that matter, I’ll just make a 3/8″ thick washer to do the same thing.  The bolt length is standard.

In reality, the third, smaller bolt is probably not needed.  (It’s the first bolt removed in the video.)  That locks things for no possible movement or rattling.

Pins Instead of Bolts?

Could I have used cross pins instead of longitudinal bolts?  Sure.  It would be simpler and faster to pop in a pin instead of tightening bolts, and hitch pins are good for this kind of thing.  However, the reasons for longitudinal bolts still apply.  I want the joint tight, with no movement.

Pins require some clearance to pop them in.  That clearance translates to motion for the folding tongue — meaning the trailer will “rattle” or “clunk” going over bumps.  Typical drawbar style hitches have this, and a common complaint is the rattling and noise.  In fact, there are a host of products out there to limit the movement after pin installation.  I wanted the joint tight — as if welded — for a quiet, comfortable ride.  I definitely did not want another clanky joint.

Even with a cross bolt to tighten, there can still be movement.  It would have to be super tight to create enough friction to never move.  Therefore, I’m quite happy with the longitudinal bolts.  The system works great.

Tongue Length is a plus and minus.  This long tongue design will carry full-length standard 24′ stock steel beams — with center of gravity in front of the axles center.  With a 12′ trailer bed, it means approximately 6′ in front and 6′ out the back.  As shown in the image, the long tongue makes that work.  Since that was one of the purposes for this trailer in the first place, the long tongue is part of it.

The minus side to the long tongue is . . . well, it’s long.  It puts the trailer further behind the tow vehicle which reduces aerodynamics.  It’s easier and nicer to pull, which is great, but it does take more space turning corners and parking.  It is, as pointed out in the video, almost too long to fold into the garage.

Anyway, it’s important to make the tongue length right for the trailer goals.  If you don’t need a tongue this long, make it shorter.  The nice thing is the pivot design is strong enough to handle even a really long tongue like this.

Side Note:  In most of our trailer plans, we choose the straight tongue.  The image above highlights the ability to do things with a straight tongue that you can’t do so well with an A-Style (shown in this video).

Finding good ways to route wires on a trailer can be a hassle sometimes.  I like hidden wires that run inside the frame, so that’s how these go.  It’s nice — except when you forget.  Ouch.

As shown in the video, some care is required when folding the tongue down.  Tuck the wires up inside, then set the tongue down carefully or it will smash them.  I did that once, and had to replace wires.

I think the solution is a sheath — like flexible conduit — but I have not implemented that yet.  Although I did say I’d do that soon, I just haven’t.  Funny how sometimes we overlook those fiddly little things.

Seems like this folding tongue function could be a little less complicated.  The product by Fulton is pretty simple, but they have the benefit of forming and casting material.  That’s not a DIY method, so this one is flat sheet parts that weld together.  DIY.  The parts and construction are shown in the introductory article.  Also, this welded application is much, much stronger than the Fulton.

The funny shape pieces in our build came out perfect.  The water jet cutting method was a good choice to make the complex shapes.  They were easy to assemble, easy to align in assembly, and they carry the load wonderfully.  The tongue tube has a lower strengthening brace, and even with that, this hinge joint holds the load just fine.  No changes with the shapes.

After it’s all together, the complexity of the parts doesn’t matter, but maybe there is a good way to simplify the design?  I’ll think more about that.  Maybe the number of bolts?  I think we covered that.  This joint is really strong, and the bolts are redundant, so safety chains can mount on near the hitch — rather than draping back to the trailer side of the hinge joint.  I think we’re good.

Above are my current thoughts with regard to the trailer folding tongue system.  It is, of course, a focus on this trailer and that may or may not be relevant to your situation.  The long tongue, for instance, has a place for this use, but maybe not for others.

One thing this definitely proves — the design is really strong.  That’s a 4000# capacity trailer, and it works, even though the long tongue is a very large lever.  It’s much, much stronger than the Fulton hinge product.  Also, IMHO, with a long tongue, folding vertical is far more useful than folding sideways.

Finally, there are a few negative leaning comments both in the above text and in the video.  Don’t take those the wrong way.  Yes, there are things to improve if we do it again, but on the whole, I’m happy with the way it works.  Watch for plans for this tongue in the Mechanical Elements Plans Store sometime soon. 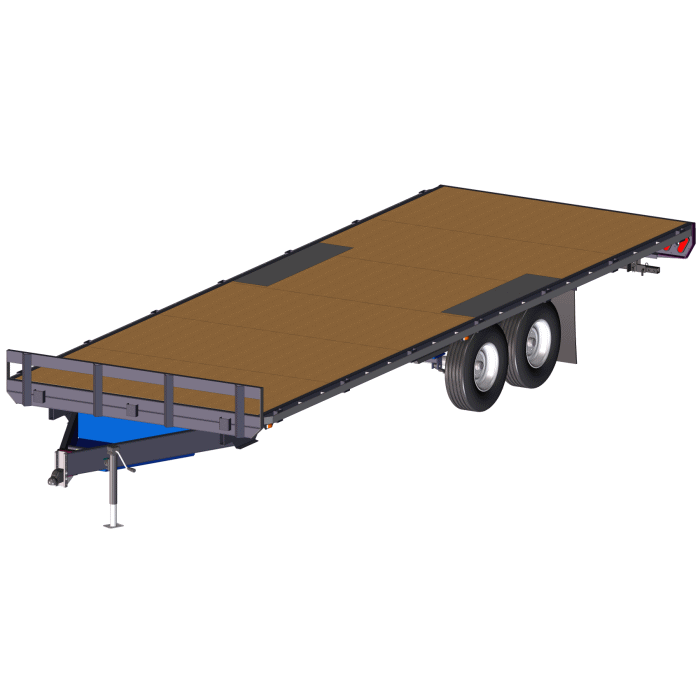 9 Essential Tools For Your DIY Shop

We’ve been asked many times about “What are the most essential tools for your shop?” Well, that’s a hard question, because frustration and wailing are the result when the right tools are not available. 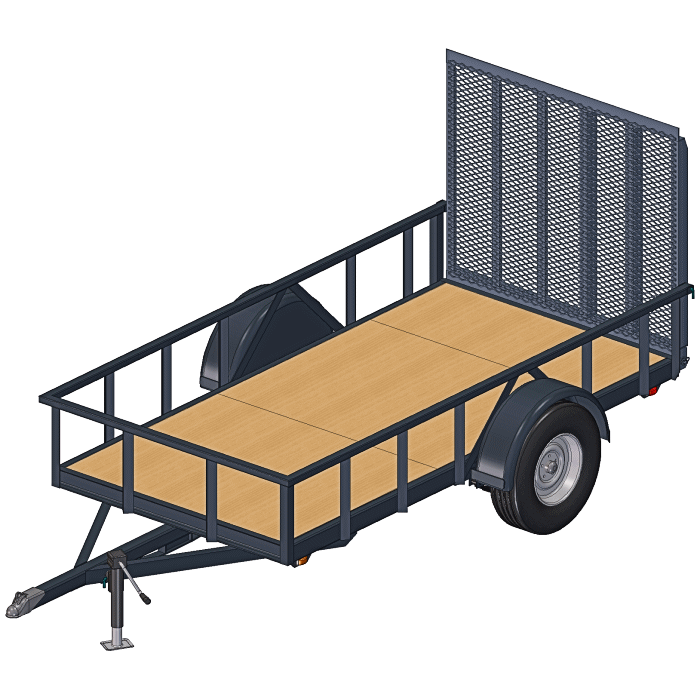 As an awesome DIY project, get these 5x10 Utility Trailer Plans that include lots of options, then build a trailer unique, and perfect for you.  It has a 3500 Lb single axle to handle the chores. 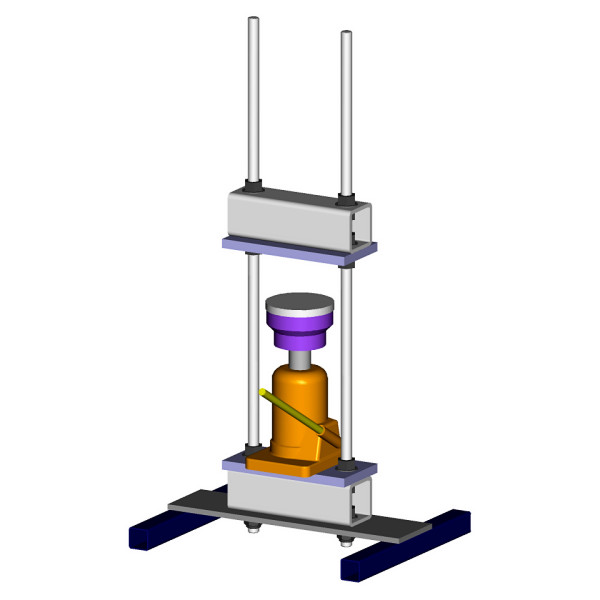 The concept of re-purposing or converting a trailer is absolutely awesome.  My hat’s off to anyone who can find a way to reuse and convert something from end-of-life to new-again.  We need more of that in our world! 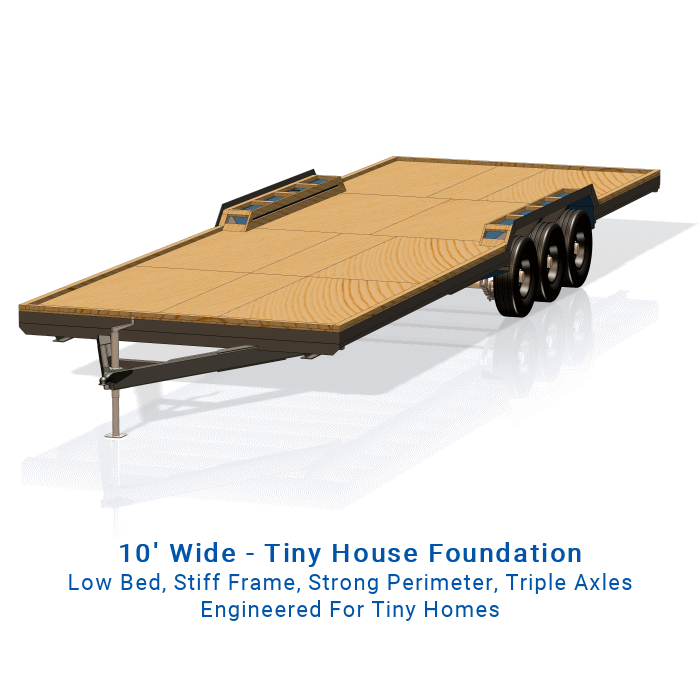 The Economics of DIY Projects

“I want to build a new trailer.”  That’s an awesome thing to say, and it’s even better to do.  Yet, many such adventures don’t launch because of project economics?  What does it cost to build? 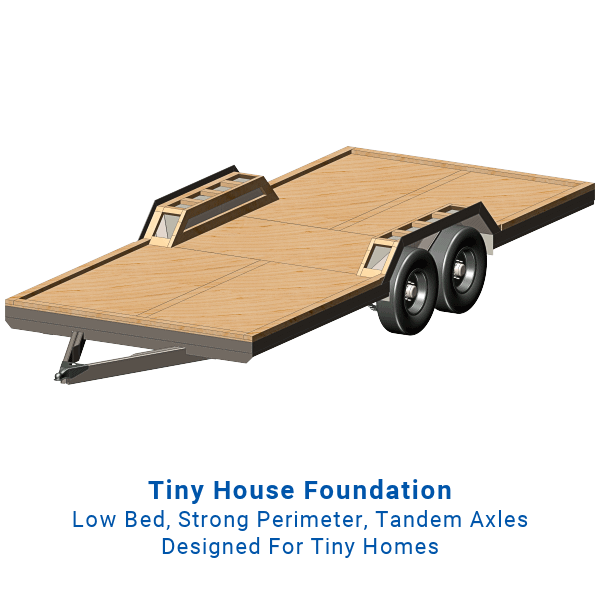 Since a great house starts with a solid foundation, these Tiny House Trailer plans focus on that goal.  Low 8.5’ x 20’ top deck height.  Up to 14,000 lbs total capacity.  Fully Engineered.

We see them around, on the highway heading for a weekend away.  They always look so cool and just beg you to find your own adventure.  Just a cute little teardrop camper set to take someone for a great vacation.